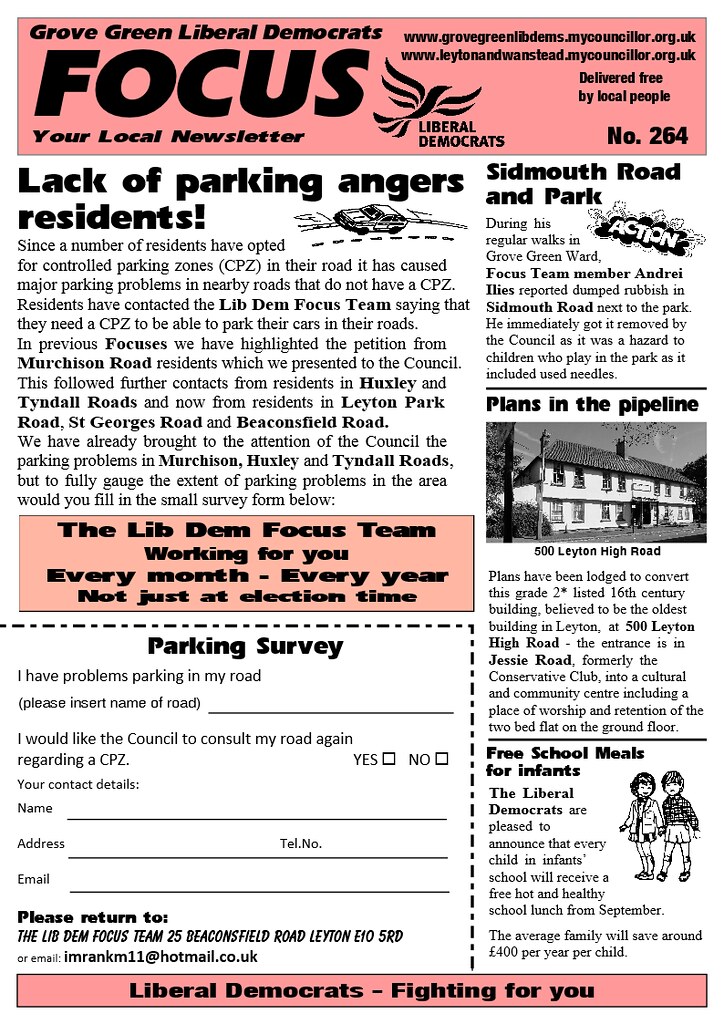 The Council is staging a full public consultation

Following parking petitions and concerns raised by local residents the Lib Dem Grove Green Focus Team carried out a series of street surveys to find out the views of all households in Grove Green Ward.

The responses revealed a dramatic increase in on-street parking in the roads near to the roads that had a Controlled Parking Zones (CPZ). Previously residents of these roads had voted against a CPZ in their road. But the increased parking problem in their road has forced them to rethink their decision.

The results of these surveys including a petition were collated and presented to the Councils traffic engineers. Following these meetings the Lib Dem Focus Team and residents were pleased to learn that the Council has started a full public consultation with residents of the roads they feel are most affected. This is a large group of roads bordered by Leyton High Road to Francis Road and Hainault Road to St Georges Road.

The full consultation letter has been delivered to every address in this area. This should be completed and returned in the enclosed freepost envelope before the deadline on Monday 1st December.

The Focus Team urges everyone not to miss this opportunity of making your views known. 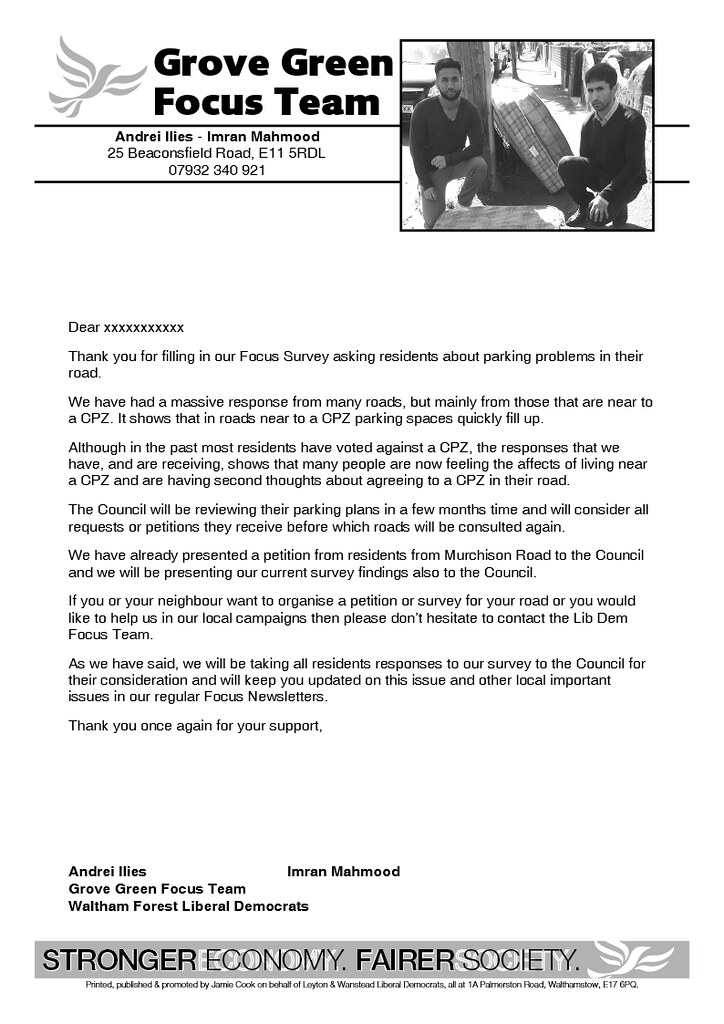 2 thoughts on “RESIDENTS WIN THE DAY”