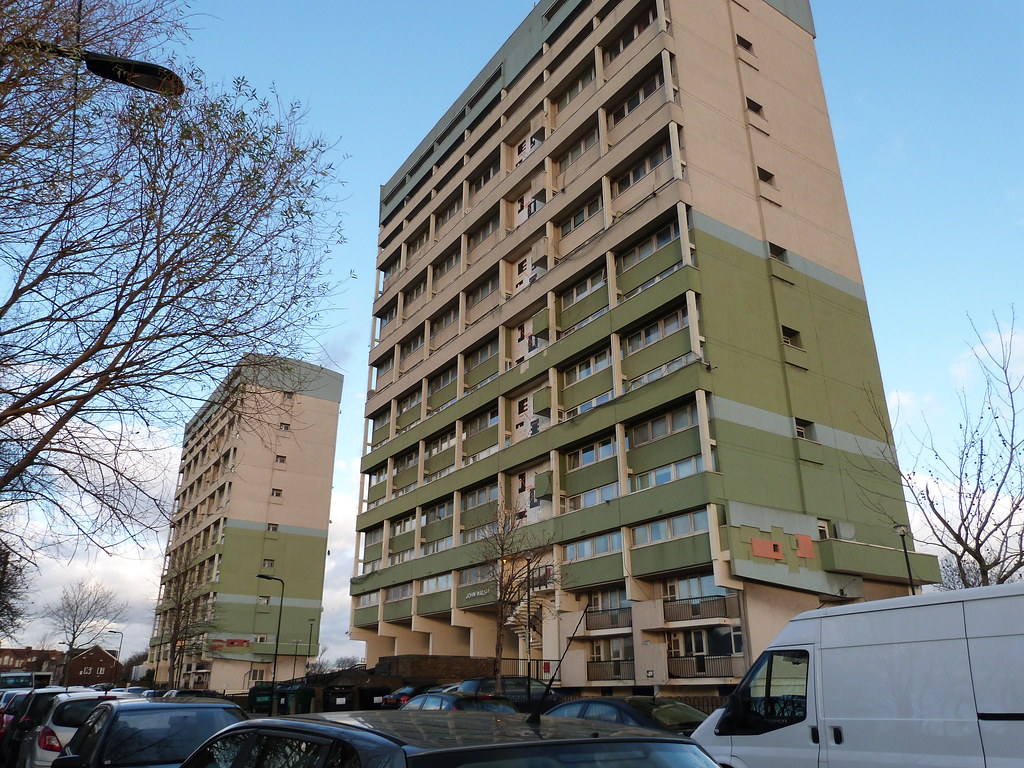 In November a packed meeting of tenants voted for the option of refurbishment of kitchens and bathrooms for John Walsh and Fred Wigg tower blocks in Leytonstone.
Tenants Ignored
However, the Labour Council over-ruled the tenants, agreeing a plan to strip back the towers to the core, completely refurbish the flats and build a smaller block between them.
Labour Selling Off Flats
Brand new flats for the tenants?  No! The Council wants to sell off one of the blocks to the private sector, thus reducing the number of Council flats from 232 to 160!  Waltham Forest has thousands of families on the waiting list, so a further reduction of affordable homes will dash the hopes of many people.  In effect Labour is getting rid of tenants who are, in the main, less well-off and inviting wealthy people to buy up the flats.
Labour MP and councillors ignore cries for help
The residents have asked their Labour MP and Labour councillors for help but they stay quiet.  They have even been ignored by one of their Labour councillors who was once a tenant in one of the blocks!

The Council has said tenants can go back once the refurbishment is complete.  This is rubbish as there will not be enough flats to house all of them!  One of the tenants has said “The Council is treating us worse than something stuck on their shoe”.

Focus will keep you informed of the tenants’ campaign to save their homes.