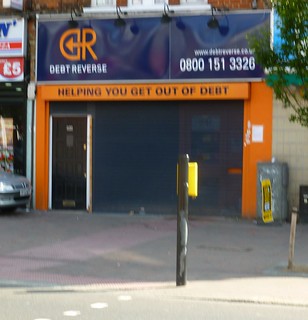 Paddy Power has won the right to open a sixth betting shop in a high street despite public opposition.

The company was successful in appealing against a decision by Waltham Forest council’s planning committee to deny a change of use at 620 High Road, Leytonstone.

Paddy Power was granted a premises licence in October despite more than 1,200 people signing a petition against the move.

Yesterday, a planning inspector, appointed by the Secretary of State for Communities, ruled in the betting giants favour in a move a council spokesman described as “another example of an inspector not supporting local concerns regarding the clustering of betting shops.”

The betting shop will operate under the condition that it will not be open to customers after 10pm on any day of the week and CCTV is installed to deter criminal activity.

The inspector approved the application despite it adding an ‘obvious’ third betting shop to the immediate vicinity.

Following the closure of Leytonstone police station, the inspector also heard local concerns that the police presence in the area had been reduced, but said “The Metropolitan Police’s crime prevention officer did not raise this as a concern when consulted.”

The appellant operates a chain of betting offices, and although the use would not make a large contribution to local regeneration or have a significantly positive effect in tackling social deprivation, its corporate responsibility policies are clear and links with the local community are encouraged.

Local people will be wondering what is the point of the Council spending time and resources securing changes to planning regulations, if they are going to be over-ruled by inspectors who choose to ignore local opinion.