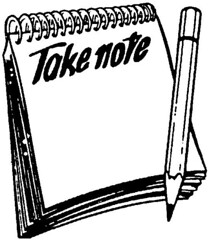 The local Guardian newspaper has highlighted the amount of taxpayers’ money that the Labour Council is spending on campaign propaganda. Is this a smoke screen to hide their cuts to services?

In a poll by one national newspaper Waltham Forest was judged the highest spender on propaganda in the country.

The budget Councillor Bob Sullivan put forward on behalf of the Liberal Democrat Group in opposition to the Labour budget showed many areas of savings including the saving of £250,000 by getting rid of the political campaigning and putting that money into respite care for children and families.

The reduction in respite care will cause much anxiety to the families who desperately need respite care for them and their children.

The Liberal Democrats were the only party to oppose the Labour budget – the Conservatives did not put forward any alternative budget, but spent time praising the Labour leader of the Council! So much for Tory opposition.

The cuts threat was made by LFEPA’s Conservative chairman earlier this week when he called for the Fire Brigade to look at saving money by making permanent the temporary reductions in fire cover during the recent strikes.  It could see 27 of London’s 169 fire engines scrapped and around 500 fire fighter jobs lost. The proposal was backed by Conservative members of the authority.

It is shocking that the Conservatives are now looking at permanent cuts to the number of fire engines protecting Leyton resident. This inevitably raises questions about the time it takes for engines can get to fires and accidents and about cover if the remaining engine is unavailable. Like all public services London Fire Brigade needs to save money.  But Mayor Boris Johnson has promised that there will be no cuts in frontline fire services and he must honour that promise.

Waltham Forest Lib Dems have also expressed concern about the removal of a fire engine from Chingford Fire Station.

At the 8th November finance committee of LFEPA Conservative Chairman Brian Coleman proposed an amendment to ask officers to report on whether there was a supposed oversupply of fire engines, which could be cut back.  The amendment was passed with the support of all Conservative members voting for the amendment. Cllr Terry Stacy, the Liberal Democrat member on the committee, voted against the amendment.