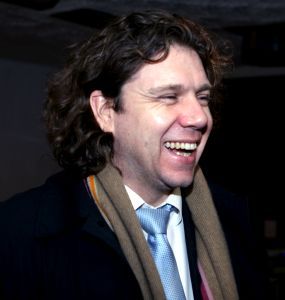 As reported in the local Waltham Forest Guardian, a Walthamstow Post Office is set to be saved after Liberal Democrat councillors secured funding to support local residents and businessmen committed to running and reopening the service.

The Orford Road branch was closed last year as part of Labour’s devastating national closure programme, but will be resurrected after enterprising local residents approached the Liberal Democrats for Council support.

Local residents have now highlighted the contribution of Liberal Democrat leader John Macklin in securing the funding and leading the pressure on other senior councillors to back the residents’ plans.

The reopening of the branch is the result of pressure from residents and comes  alongside a long-running local Lib Dem campai9gn against the closure of local Post Offices.

“I was pleased to be approached by local residents asking for the Liberal Democrats help with these proposals for our local Post Office services.

“For many years the Lib Dems led the campaign against the Labour government’s closure programme.  After the local closures were forced through against residents wishes we have used scrutiny meetings and council motions to raise awareness of ways in which we as a Council could assist enterprising resident groups who were prepared to take on the running of these important local services.

“Therefore I’m obviously delighted that we have managed to secure funding for the residents’ post office plans.

“I have consistently said that my party is always to prepared to work with local people who approach us with practical ideas for greater community involvement in our local services and I hope this action sends a signal to residents that the Liberal Democrats intend to stick by that promise.”

LIB DEMS SAVE OUR POST OFFICE CAMPAIGN – OUR RECORD OF ACTION

Lib dems hit out after local MP ignores calls to support resident campaign to save our local post offices http://walthamforestlibdems.mycouncillor.org.uk/2008/11/17/local-lib-dems-hit-out-at-gerard-over-post-office-snub/ 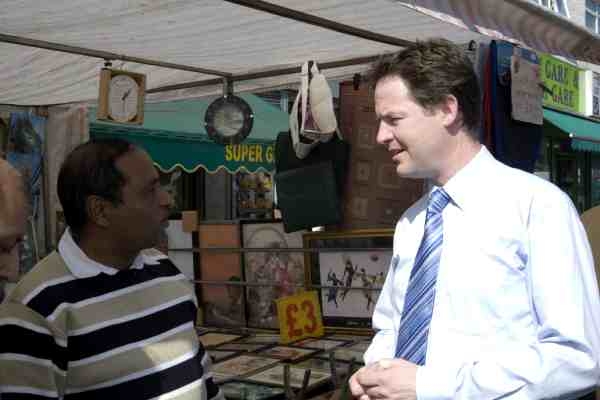 This week’s local Yellow Advertiser features a report on the Waltham Forest Liberal Democrats attempts to support local residents groups and businesses plans to reopen local Post Office branch closed under Labour’s national closure programme.  Local people, along with those Waltham Forest businesses hit by the knock-on effects of the closures, want to know what the Council can do to back their efforts to see the Post Offices saved.

Read more about our plans to help here.

The paper also photos and reports of Liberal Democrat Leader Nick Clegg’s recent visit to Walthamstow Market, where he spoke to stallholders and local businesses about how they the UK’s economic crisis has affected them.

Click here to see what Nick had to say. 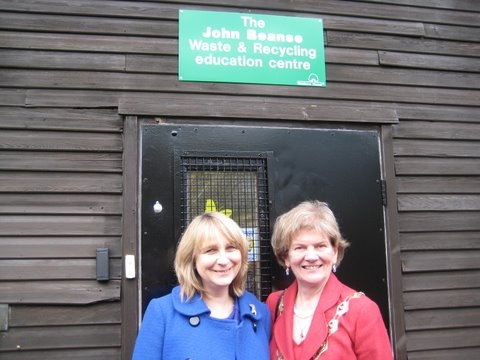 Local Liberal Democrat councillors have achieved the first step in assisting residents with the reopening of axed local Post Office branches, after opposition councillors agreed to a Lib Dem motion promising to look at plans to reopen those facilities recently hit by the Labour Government’s closure programme.

Hale End and Highams Park councillor Jane Morgan (pictured above with fellow Hale and Higham councillor Sheila Smith-Pryor) spoke at the Council meeting, in which the Lib Dems agreed to accept Labour amendments to the motion in order to ensure it passed.

However Cllr John Macklin, the local Lib Dem leader warned that he would not allow the Labour amendments (which removed the responsibility of meeting with those local businesses who plan to invest in local Post Offices from the Portfolio Holder for Enterprise and Investment) to enable the Council to ‘bury’ any proposals for the reopening of local branches.

The Liberal Democrats have vowed to help after being contacted by local resident groups who presented pland for the reopening of local branches through a combination of private enterprise and outside funding.

Head to our Speeches page to see what Cllr Morgan had to say about the Lib Dems support for the plans: 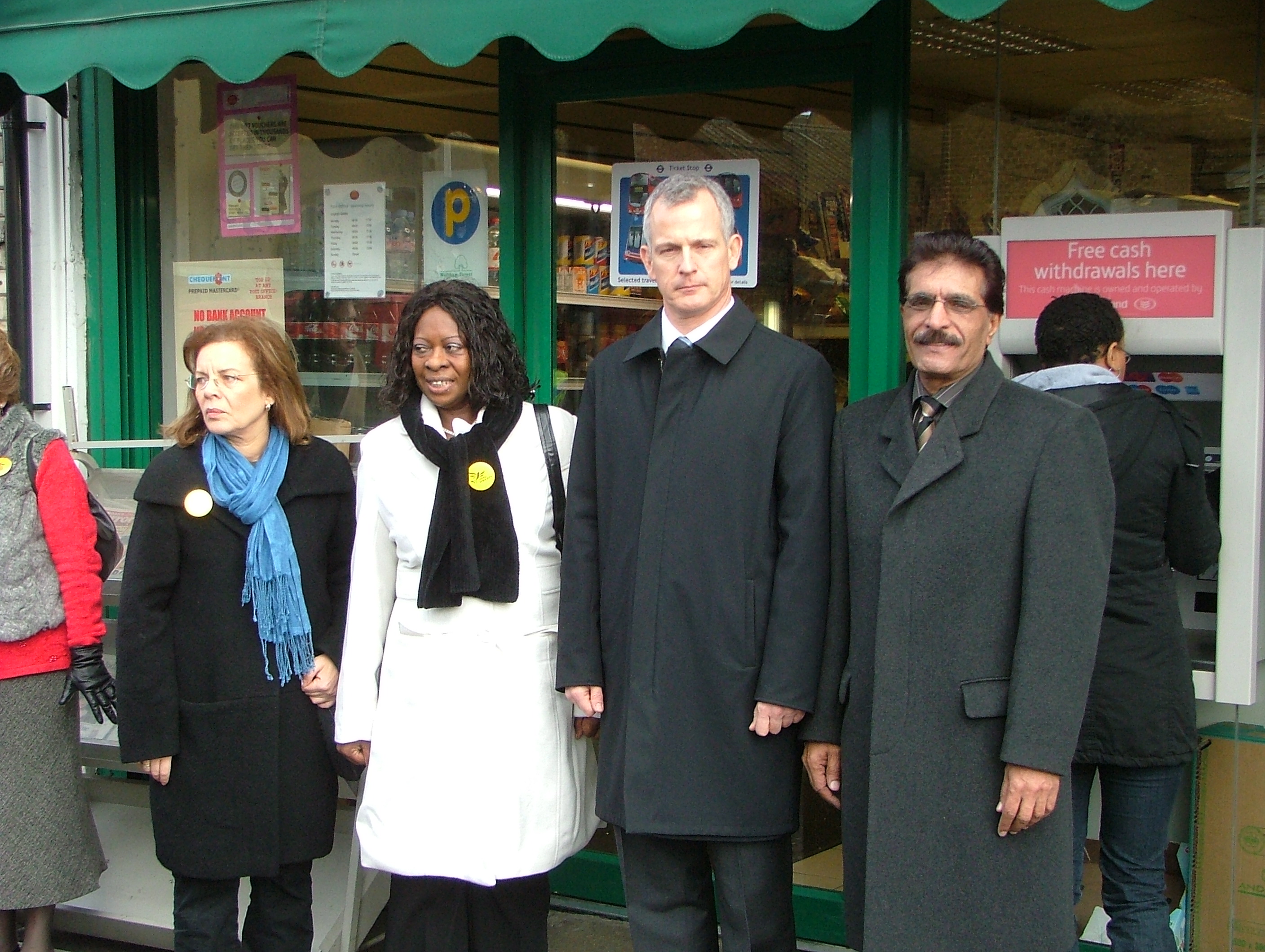 Waltham Forest Liberal Democrats are to ask the Council to support resident proposals for the reopening of local Post Office branches.

Local Lib Dem councillors have been approached by residents keen to see the reopening of branches axed under the Government’s Post Office closure programme and will request at Thursday’s Full Council meeting that the Portfolio Holder for Enterprise and Investment, Labour member Terry Wheeler, meets formally with local resident groups to hear proposals to reopen local branches using private investment.

Local Lib Dem Cllr John Macklin said that he hoped councillors from all sides would take the opportunity to show local businesses and Post Office users that the Council was “on their side”.

“From an economic point of view, the closure of local Post Offices couldn’t have come at a worse time.  The presence of a Post Office brings people to an area, benefiting neighbouring businesses.

“Residents didn’t want their Post Offices to be closed, but have had that decision forced upon them.  If we as a Council are able to give practical support to efforts to have them reopened, then surely that is something that we should be keen to support.

“The efforts of residents and local businesses to get their Post Offices back are exactly the kind of entrepreneurial proposals that we should be supporting at a time when fresh thinking by small businesses is sorely needed.” 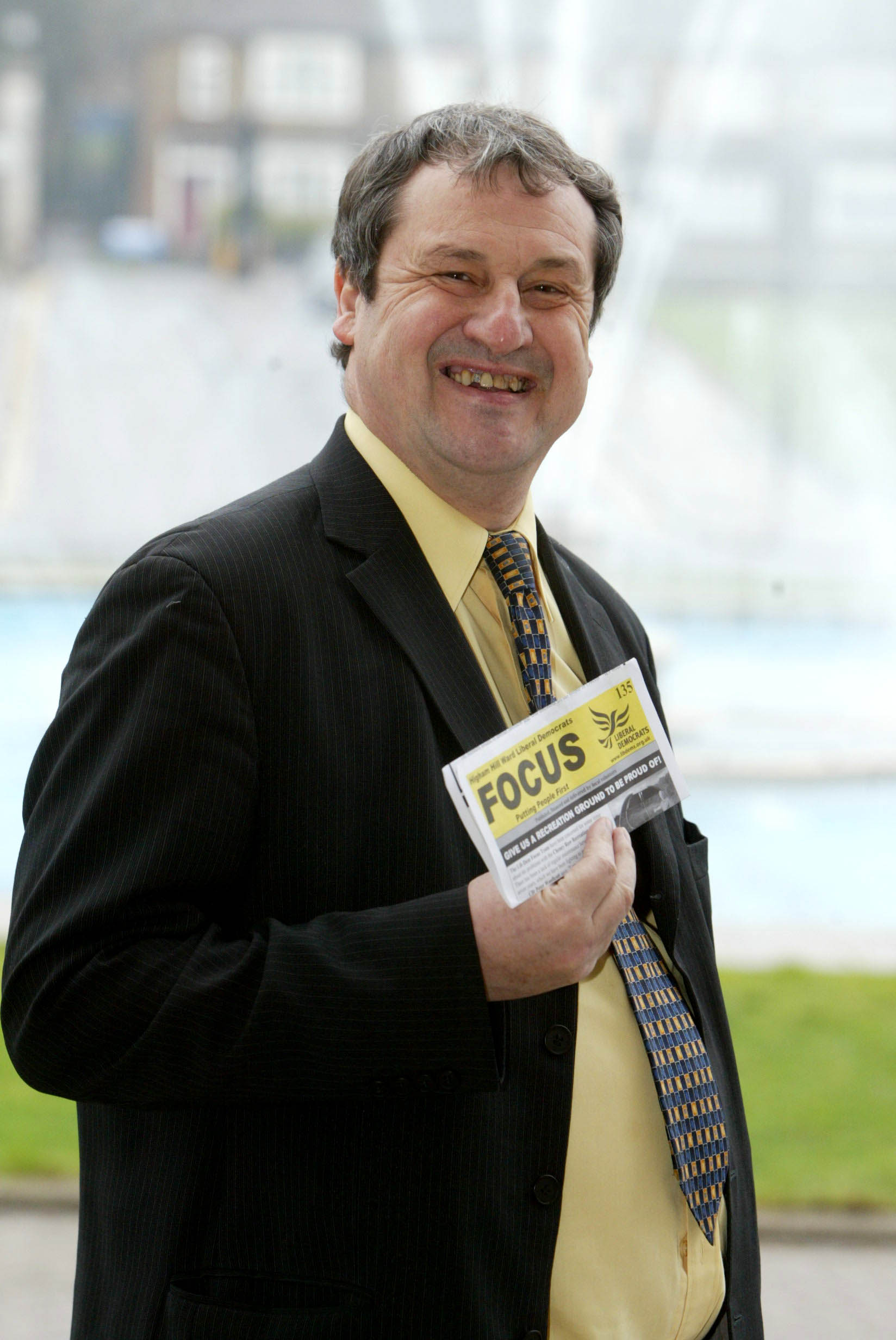 The Government announced on Thursday that it is now cancelling its procurement process and awarding the contract for the Post Office Card Account (POCA) to the Post Office for a further five years.

The Lib Dems had led attempts to block the removal of the contract from the Post Office, claiming that it amounted to a deliberate attempt to encourage people to switch payment to direct debit and remove the role of the Post Office.

It is estimated that around a third of the income of many post offices comes from the POCA and Post Offices benefit additionally from the ‘footfall’ of shoppers.

Lib Dem Higham Hill councillor Patrick Smith, who recently attended the National Post Office Conference, claimed that the u-turn would come as a relief to post office employees and customers, calling the decision to put the contract out to tender the latest example of the Labour Government “attempting by stealth to wind up traditional Post Office business in order to then make the economic case for more closures.”

“This Government has been running down our post offices, removing the services that local communities rely on.

“This welcome climb down over the future of Post Office Card Accounts perhaps suggests that Labour are finally beginning to realise that they cannot any longer simply ride roughshod over the wishes of the communities served by these crucial facilities.”

“This announcement comes as a huge relief to the millions of Post Office Card Account holders, thousands of Sub Post Masters and the countless communities that may have lost their post office if the decision had been different.”

“The Government has wasted time and money and caused immeasurable heartache by dragging this process out for so long.

“This could all have been avoided if, as the Liberal Democrats have long argued, the Post Office Card Account had never been put out to tender in the first place.

“However, cancelling the procurement exercise is a peculiar means of arriving at this decision and Ministers have some explaining to do.” 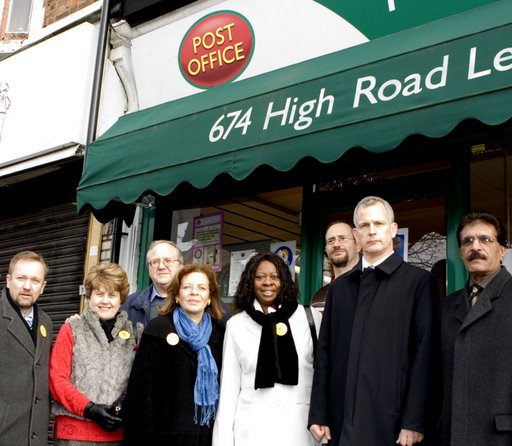 Labour MP for Walthamstow, Neil Gerrard, has been accused of hypocrisy after he signed a Parliamentary motion supporting Post Offices only to then vote against it in the House of Commons.

Post Offices face a bleak future if the Government gives another company the contract to pay out pensions and benefits instead of the Post Office. They currently deliver this through the Post Office Card Account (POCA), which is used by around 4 million elderly and benefit claimants.

It is believed that up to 6,000 Post Offices could close if the POCA is taken away from them. Ministers are expected to announce their decision on POCA shortly.

The Parliamentary motion expresses worries about the damaging results on Post Offices if they lose more business. Ministers and government agencies are currently putting huge pressure on people to get pensions and benefits paid directly into bank accounts instead of through the Post Office.

The motion called on government departments and agencies to use Post Offices to make services available through Post Offices to help both the Post Office network and the people who rely on it. MPs could sign the motion over the summer and autumn. Liberal Democrat MPs then brought it to the House of Commons to debate it on Monday 10th November.

“Residents of Walthamstow will have every right to feel let down by Neil Gerrard’s flip-flopping on the future of our local Post Offices.

“This is just another example of local Labour members saying one thing about Post Offices and then voting the exact opposite way.  Their behaviour on this issue over a long period of time has been nothing short of insulting to residents.

“Neil Gerrard has chosen to vote to throw out a motion expressing concerns about the future of our local Post Offices and replace it with praise for what this Government has done to our Post Office network.”

Waltham Forest has been hit hard by local Post Office closures, and local Labour councillors faced criticism over their apparent opposition to the closure programme after it emerged that they rejected a Full Council motion from December 2003 that called for the Post Office Network Reinvention programme to be halted.  The motion, moved by the Liberal Democrats, also expressed concern at the effect of the closures on the elderly and vulnerable.

Liberal Democrats have called for the Post Office to be allowed to continue to pay out pensions and benefits. They have also called for £2 billion of investment in branches, paid for by selling part of the Government’s shareholding in Royal Mail.

They also want more Government departments to use Post Offices to provide services, to free branches from restrictions on doing business with other parcel delivery companies and to broaden the range of commercial services available across the counter. 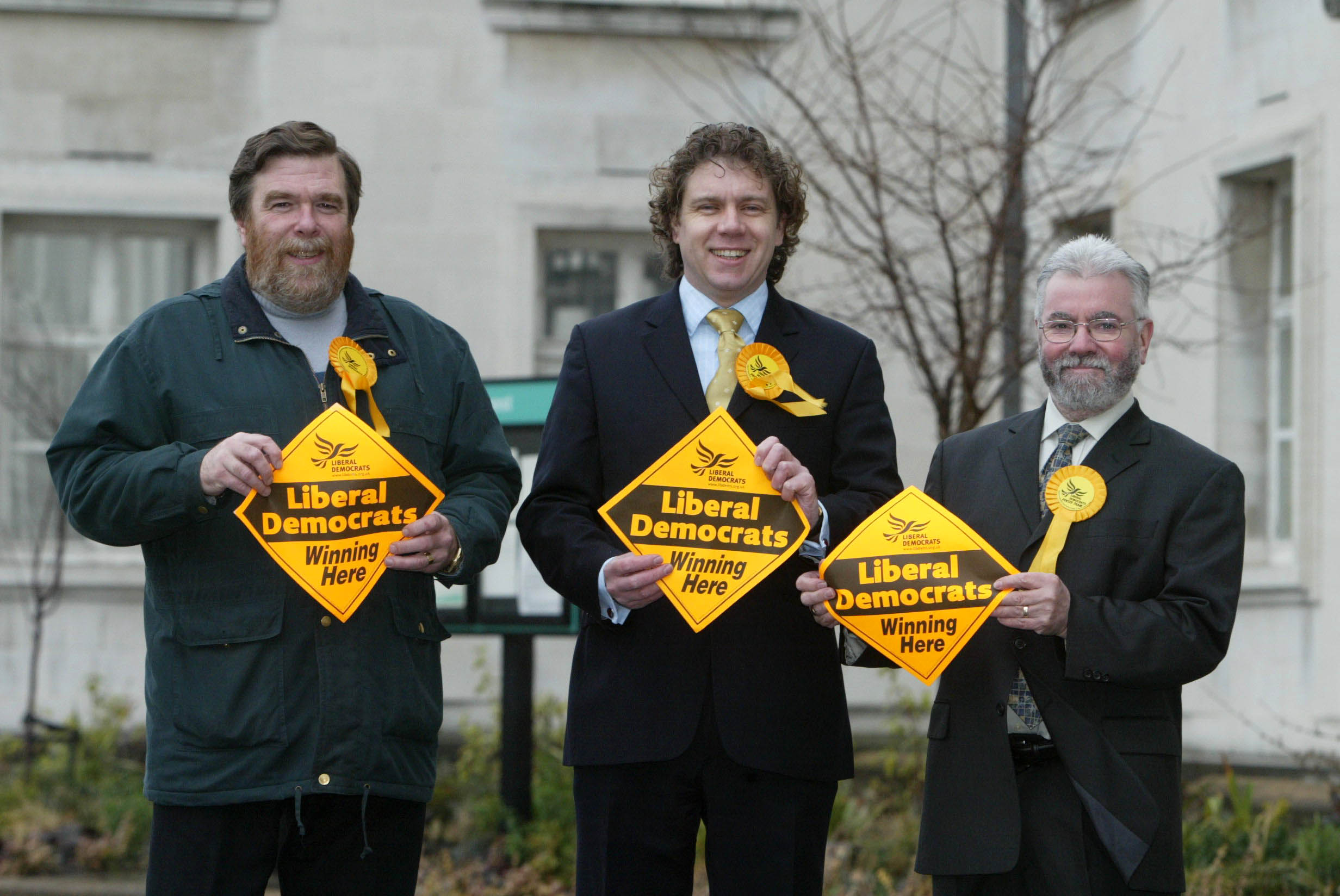 Liberal Democrats councillors in Waltham Forest have slammed Walthamstow MP Neil Gerrard after it was revealed that he ignored a letter backed by councillors from all parties asking for support in opposing local Post Office closures.

The letter was sent by the Council’s interim Chief Executive after councillors unanimously backed a Liberal Democrat motion criticising the support of Labour MPs for the Government’s closure programme.

However, in an answer to a written question from Lib Dem Chapel End councillor Bob Carey, Council Leader Clyde Loakes told fellow members that no responses had been received from Neil Gerrard or Chingford and Woodford Green MP Iain Duncan-Smith.

Cllr Carey, though, reserved particular criticism for the Labour MP for Walthamstow, accusing him of a “total lack of respect” for the Council or the views of local residents on the issue of Post Office closures.

Responding in the meeting of Full Council, Cllr Carey said:

“I am absolutely amazed, and hugely disappointed, that in the four months since this motion was passed, not one of our three local MPs has had the good grace to reply to the letter that was sent with the unanimous support of all members of this Council.

“The Government closure programme has moved on apace since the motion was passed and my own ward, Chapel End, has been hit particularly hard.

“Therefore, I would like the Leader to write back to Neil Gerrard asking why, in the last four months, he has had the time to write two-faced press statements mourning the loss of the very local post office branches which he has repeatedly voted to close but has not had the time or the courtesy to address the concerns of Walthamstow residents by responding to this Chamber — of which he was once a very prominent member.”