The local Waltham Forest Guardian is reporting that Labour councillors tried unsuccessfully “to force the sale of the fomer St James St library building on to a Cabinet agenda”.

The Guardian reports that the attempt to push through the sale of the former St James St library building was stopped when Liberal Democrat Leader Cllr John Macklin refused the request and withdrew the report from the agenda.  The move came at the same Cabinet meeting as the controversial decision to go ahead with plans for an Arcade site development which raises doubts over the future of the Pool and Track facility.

Click here to see what the local press are reporting.

In response to residents’ concerns Labour Cabinet members have suggested that proceeds from selling the former St James Street Library will be used to house the Drugs Action Team in another building.

Cllrs Ali and Robbins told High Street residents that they do not wish to raise expectations by meeting them as it is still their intention to sell the former library because they need to raise funds to find an appropriate property for the drug centre.

“Cllrs Ali and Robbins seem to be suggesting that the proceeds from the sale of this building, which has had no previous link to a drug service, will be ringfenced to provide a drugs service. What has happened to the £350,000 PCT monies?”

“My understanding of selling council owned property is that the proceeds from a sale go into the corporate pot. The capital bidding process then allocates funds to projects from the known available receipts. I am not aware of such a capital bid. Cllrs Ali and Robbins’ assertions that proceeds will be ringfenced shows their total ignoranance of the Councils policies and a total disregard for High Street residents.” 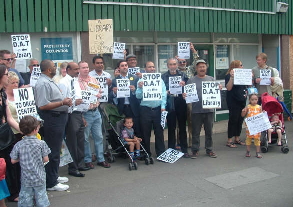 Only a few weeks ago, Cllr Robbins, said that the centre (DAT) would be a “wonderful addition” to the area.

But in an apparent ‘fit of spite’ Cllr Robbin’s also announced that the building is to be sold off in a matter of weeks. Upon hearing this Cllrs O’Rourke and Khan contacted the cabinet member responsible for Property & Asset management, Lib Dem Leader, Cllr John Macklin who said:

“Cllr Robbins’ announcement is news to me particularly as we are in the middle of a comprehensive review of all the properties the Council owns. No Council property I’m responsible for will be sold until the review is complete.”

Cllrs O’Rourke and Khan thanked Cllr Macklin for his continued commitment and support for the former library to be used for the benefit of the wider community in the St James Street and Coppermill Lane areas.

Pressure from local Liberal Democrat councillors has forced a delay to controversial proposals to convert the former St James St library building in High St into a drug treatment centre.

Lib Dem councillors have now been informed that the report containing the proposal — due to go before the Council’s Cabinet at the end of June — has now been withdrawn from the agenda.  It is unclear at this stage when, and in what form, the report will return to Cabinet.

The Liberal Democrats opposition to the location of the DAT (Drug Action Team) centre mirrors protests from local residents, who have expressed their concerns about the planned conversion of the building.  Local Lib Dem leader Cllr John Macklin recently reaffirmed his group’s opposition to the plans, noting that whilst a drug treatment centre was needed in the local area, the planned conversion of the former library building was “inappropriate”.

As we reported earlier, High St Liberal Democrats have called on local Labour councillor Liaquat Ali to reaffirm his opposition to the proposal after he spoke out against it in a recent Community Council meeting.  In an open letter to the Labour High St member, local Lib Dem councillors James O’Rourke and Johar Khan called on Cllr Ali to “honour his commitment to the residents of High St ward by voting against the proposal”. Cllr Ali has since been appointed by Labour as a member of the Council Cabinet, and his continued opposition — coupled with ‘no’ votes from the Liberal Democrats — would see Cabinet split 50/50 on the proposal.

“I hope that the delaying of this report will enable those behind the proposal to go away and reconsider plans for the location of the Drug Action Team centre.

“Local residents have made their views on these plans very clear, and I am pleased that our pressure on this issue appears to have forced a rethink.  A drug treatment centre is an important and necessary service for our area, but it must be in a location appropriate for both service users and local residents.”

“This delay will hopefully give Liaquat Ali an opportunity to confirm his opposition to his colleagues plans and encourage those behind them to find a solution that better suits local needs”. 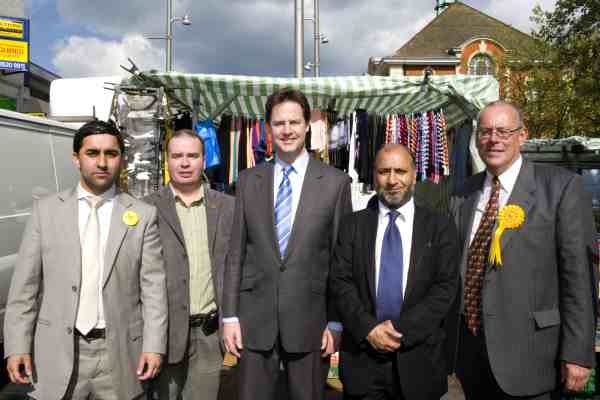 The Liberal Democrat group on the Council have consitently opposed the plans, suggesting that whilst there is a need for a treatment centre, the site is inapporpriate and the plans for the location unpopular with local residents.

Cllr Ali stated his opposition to the plans at a recent Community Council meeting, and has since been appointed to the Cabinet by Labour leader Cllr Chris Robbins.  The letter (below) asks Cllr Ali to “honour his commitment to the residents of High St ward by voting against the proposal”.

Publish at Scribd or explore others: Magazines & Newspape high drugs

Head over now to Cllr James O’Rourke’s excellent blog to read more about the Lib Dems opposition to the plans for the site.