Waltham Forest Liberal Democrats have criticised Government proposals to relax planning laws for a three-year period and labelled them a ‘recipe for disaster’. The Lib Dems successfully passed a motion at full council receiving cross-party support to oppose the changes proposed by the government.

The Government announced in the summer plans to kick start the building industry. A public consultation was launched to extend the exemption for planning permission for home extensions of up to 6 metres. Legislation currently allows for extensions up to 3 metres to avoid the planning process. If the proposals became law, owners of street properties could find their rear windows flanked by six-metre extensions on both sides, plunging them into darkness for most of the day.

Developers could be allowed to by-pass planning controls to fast-track commercial and housing applications. Business premises would be able to expand by 100sq metres and industrial units by 200sq metres. Offices would be permitted to convert to residential use all without planning permission, irrespective of the impact they would have on a neighbourhood.

Waltham Forest Liberal Democrats fear the plans will potentially block out light, split communities, damage conservation policies and do nothing to encourage economic growth locally that is not achieved already.

The Government’s proposals are currently out for consultation. Liberal Democrats at their annual conference also rejected the move overwhelmingly.

“These proposals are a recipe for disaster. They have not been properly thought through. If this is allowed to happen it could set neighbour against neighbour and split communities in Waltham Forest for years to come.

“On top of the resentment and loss of quality of life, some people’s houses will also plummet in value if they’ve got no light or a noisy factory is within a few metres of their front door.

“There is no evidence that this will do anything to promote economic growth in Waltham Forest. The Government needs to ditch these divisive and unnecessary plans.”

The total cost of the new refurbishments at Waltham Forest Town Hall has been uncovered by Lib Dem councillor for  Cann Hall ward Liz Phillips. According to a written answer to Councillor Phillips, the cost of the new Town Hall reception area and what has been dubbed ‘The Boardroom’ by the council now totals £610,000.

“Whilst there was clearly some need for private meeting spaces for residents, these costs seem exorbitant to me.”

“This new boardroom looks like no more than a vanity project so Labour Cabinet members can sit there and pretend to be Alan Sugar.

“Labour claim that some of the costs will be paid for through renting it out but no doubt it will be Waltham Forest residents who pick up the lion’s share of the bill.

“Labour Cabinet members should reflect on whether that money could have been better spent on our young people, for example on ensuring that the council finally meet their apprenticeship targets for this Borough or keeping open Harrow Green library.”

In a written answer to Cllr Phillips, the Labour Cabinet member, Cllr Clare Coghill described the council’s risk analysis programme for schools as ‘a work in progress’ and said that the council’s priority had been ‘savings of £2m from the contract at an early opportunity’.

“Almost 15% of our schools are now in special measures and yet the council won’t be seeking any compensation from the contractor who presided over this mess.”

“Surely there should be something in our contract with this company that means at the very least they must pay for failing local kids and their parents?”

“In Waltham Forest we are now on our 4th Labour cabinet member for Children’s Services in just over two years. Perhaps if someone with a bit of experience would take responsibility for more than a few months then we wouldn’t be in this situation?” 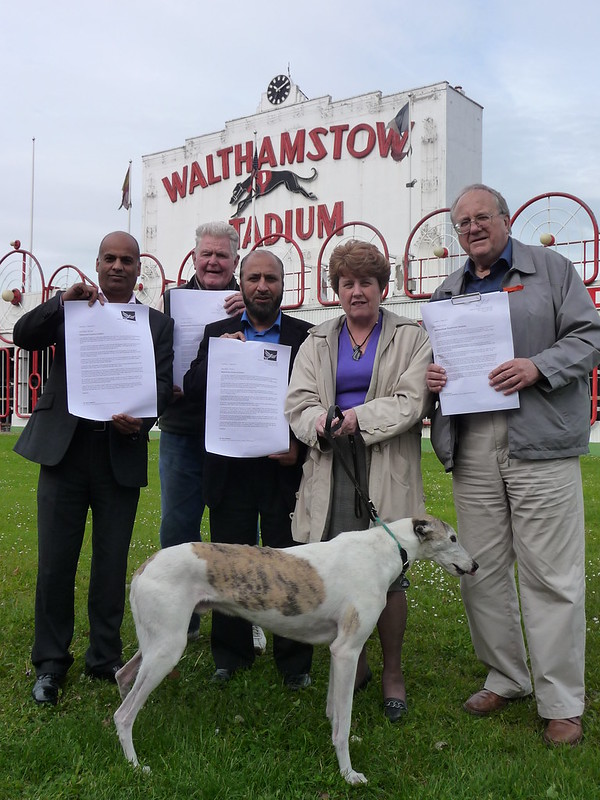 On Tuesday 8th May, Waltham Forest council’s Planning Committee approved planning application to demolish the much loved Greyhound stadium to make way for a housing development. The decision by the four Labour members was met with fierce opposition from the campaigners and the local residents (1 Liberal and 2 Tory Councillors opposed the plans).

Waltham Forest Liberal Democrats have written to London Mayor Boris Johnson, urging him to reject the application. Two local MP’s, along with Mr Johnson, are in favour of keeping the iconic dog track in the heart of Waltham Forest. 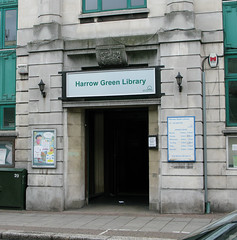 Despite these petitions, fierce local residents’ opposition to the proposal and impassioned speeches, Labour Councillors voted to close the Library. The Tories abstained and the Liberal Democrats were the only party to vote against the closure. Even local Labour Councillors, whose residents had campaigned to stop the closure, voted to shut down Harrow Green Library.

Local Lib Dem Cann Hall Ward Councillor Liz Phillips, who has been leading the campaign in the council said:

“Local residents worked hard on this issue and took time out of their day to come and speak in the debate in good faith, only to find that the Labour Party had stitched up the result in advance.

“I’m not surprised that some residents walked out in disgust. Labour has refused to listen to local residents all along and this council meeting was no different.

“The Labour councillors can’t use a cut in the budget to hide the fact that it is them who are closing down our local library.”

The closure was based on the widely criticised libraries’ review and despite the consultation process, two petitions and recommendations from the council’s own scrutiny panel that no libraries needed to close, the Labour leadership refused to change course.

“The Libraries’ Review has been widely criticised and appears to have been a foregone conclusion from the start.

“The questions asked in the consultation were clearly misleading. For example, residents were asked if they would like their library to start opening on Sundays, but weren’t asked if they minded other libraries closing for this to be achieved.

“Of course residents suggest improved services, but if they knew that the council were robbing Harrow Green to pay for those services I believe they would think again. 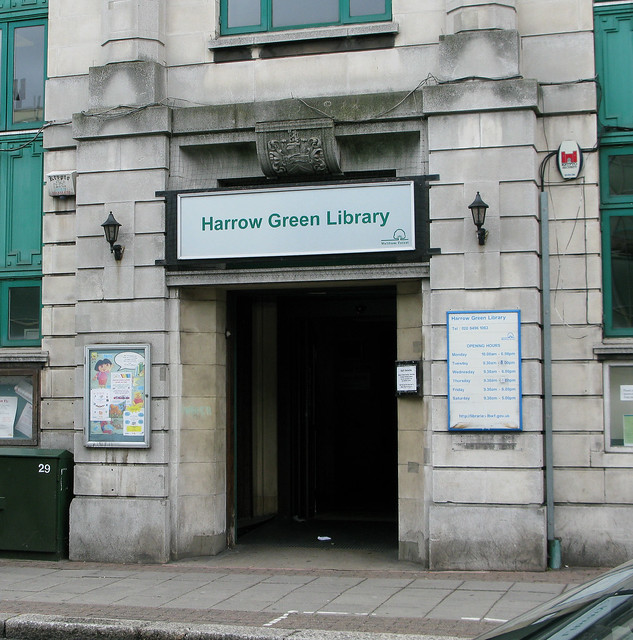 The Liberal Democrat petition to ‘Save Harrow Green Library’ of over 1000 signatures, has been handed to the Council. Along with another residents petition, the total signatures comes to over 4000.

These petitions indicate the overwhelming support by residents that they want to keep the Library open.

The Council’s consultation on the review of libraries has come to an end and will be reported to the Cabinet on the 11th of October.

Lib Dem councillors Liz Phillips and Bob Sullivan were members of a Scrutiny Panel that scrutinised the original Cabinet report.

The Panel noted that the Cabinet report left many questions unanswered and while it contained a great deal of information, it was not always the right information. They felt the report did not do a complete job.

The Panel identified 19 recomendations which will be given to the Cabinet in October. If implemented would support the expansive Library and Information Service, whilst negating the closure of any library.

Among the 19 panel recommendations to enable libraries to afford keeping open were:

There were many other recommendations, which hopefully, will give the Cabinet reasons to save the libraries from closure.