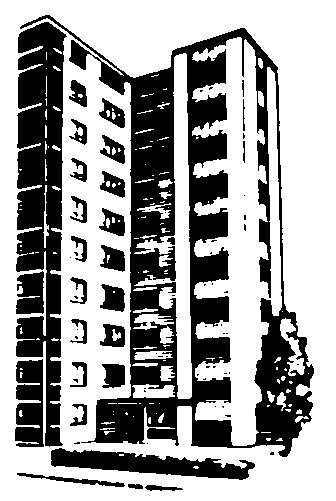 Forest Ward Focus Team members were with residents at the Planning Committee when the Council agreed the over development of buildings, of up to 18 storeys, in Lea Bridge Road.

Only recently Leyton Focus Team member Bob Sullivan and residents spoke against the 16 storey block at the end of Dunedin Road.

It appears that developers are having a field day as the Council continually agree the building of unaffordable multi high rise flats in the borough.

The latest plan submitted by the owners of the Mall shopping centre in Walthamstow is to build four blocks including one of 27 storeys!  Currently local residents have presented a 2,000 plus petition to the Council in protest against the plans. If you would like to support the local residents then contact ‘Save Walthamstow Town Centre’ on line: SAVE OUR TOWN CENTRE

Focus says:  In our experience the Labour Council never listens to residents and carries on agreeing the over development of every bit of land for multi high rise unaffordable flats.

Many concerned residents have enquired about the works being carried out at EMD Cinema Walthamstow.

Liberal Democrat High Street ward Councillor Mahmood Hussain reports that the works are a part of agreement by the council officers and English Heritage to carry out essential works for the protection of the facade and the roof of this building. 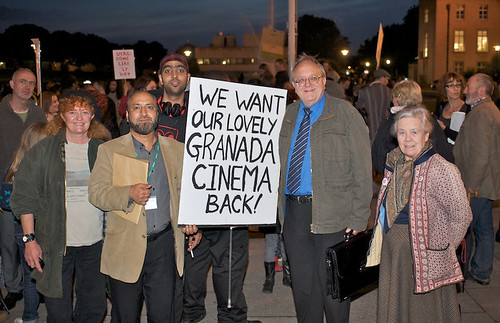 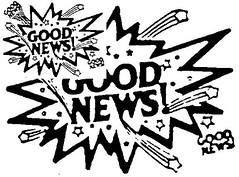 Liberal Democrat councillor Mahmood Hussain on Wednnesday 18 May told Waltham Forest’s Planning Committee that the council should refuse the planning application submitted by UKCG to turn the EMD Cinema into a religious assembly hall.

“This view is shared by an enormous number of local residents. Our borough has hundreds of places of worship of all types and sizes. But it does not have a single cinema. We have clear evidence that the building is potentially viable as a cinema, arts and entertainment venue.

“This would bring new life to the area and stimulate the local economy – unlike the proposal before you. The proposed changes to the building would destroy much of what is special about this unique building, which is one of the oldest, largest and best preserved cinema buildings in the country.

“Residents would suffer from the absence of a proper noise management scheme and from parking problems generated by cars descending on the area from miles away.

“For the sake of Walthamstow please listen to local people, weigh up the planning merits of the case and refuse the application.”

Speaking after the decision to refuse the planning application Councillor Hussain said he was delighted that the Planning Committee had listened to the arguments put forward by objectors.

“This is good and important news for Walthamstow Town Centre but it is only one step forward. Following two planning refusals and endless discussion I hope UKCG will now abandon their plan. We must allow those who are able to bring the cinema back into use the chance to realise the cinema’s true potential.”

The Liberal Democrat Council Group put foward a proposal at the Council’s budget setting meeting which would have protected the continued funding of all four Waltham Forest Direct shops. Regrettably this was voted down.

At their meeting on 11th May, the Labour Cabinet has approved plans to close the Waltham Forest Direct (WFD) shops in Leyton, Leytonstone and Chingford. They will be closed by the end of August.

It is understood that there may be plans to offer some services at local libraries instead. Although details have yet to released – we will update the information as it becomes available.

The only WFD shop to remain is in Walthamstow, which the Council say is a central location in the borough.

It was noted that the branch in Walthamstow is staying open!

This will be a big blow to residents across the borough who use them to sort out Council queries and benefit problems.

There is a rumour that a limited WFD service may become available at the new re-furbished Leyton Library. Possibly this may apply in some other libraries as well?

Ward Forums will not be fit substitutes for Community Councils unless changes are made to Labour’s proposals, say local Liberal Democrats.

It is clear that Labour is trying to muzzle the voice of the local community and avoid the challenge of having to justify their policies and proposals to residents in public.

A ward forum appears to be little more than a fancily titled ward surgery, which all good councillors do regularly anyway. Ward Forums ill not be subject to the same legal requirements at Community Councils so they will have no decision-making powers and can be more ecretive in how they work. Labour also proposes that they should meet less often and have very little support from council officers.

Cllr Sullivan also pointed out that most wards do not represent natural communities with some ward boundaries running arbitrarily through areas which share common interests.

One ward boundary runs straight through the middle of Lloyd Park. Issues relating to Walthamstow High Street are relevant to all Walthamstow residents, not ust those who live in High Street ward.

If the Labour Party is still interested in what the community want to talk about then why not reduce the current six community councils to hree that represent Chingford, Walthamstow and Leyton/Leytonstone. The majority of people do not relate to ward boundaries but they do elate to these areas.  This would not only make a financial saving ut continue to give a voice to the borough’s residents.

Local Liberal Democrats have welcomed the publication of Locum Consulting’s report about the EMD Cinema in Walthamstow.

“The publication of this report definitely moves the debate forward. Locum Consulting has set out a realistic vision of a cinema orientated multi-use venue which would help regenerate Walthamstow Town Centre and improve the cultural life of the area. It is extremely disappointing that the comments made by the Labour leader of the council are so dismissive.”

“Of course there are many obstacles ahead and much depends on the attitude of the UCKG which owns the cinema. We urge the church to respond positively. The council does not have the money to fund the project on its own. But it should be prepared to work closely in partnership with any Trust or Community Interest Company that emerges, and provide practical support to kick-start the process.

“Waltham Forest council must also take full account of the EMD cinema’s potential when it makes decisions about the neighbouring Arcade site. The Lib Dems will be pressing hard for the council to adopt a more constructive attitude.”

Liberal Democrat campaigners Farooq Qureshi and Farid Ahmed have stepped up their campaign against Boris Johnson’s ticket office closures following confirmation that all four tube stations in the borough will be affected.

Cllr Qureshi, who is parliamentary candidate for Leyton and Wanstead, said:

“Waltham Forest has been hit hard by the Conservative Mayor’s broken promise. He said he would keep ticket offices open – but now travellers will face deserted ticket offices in the evenings just when demand for security is greatest. That’s why I’ve launched a petition and am asking for people’s experiences. I want as many people s possible to show their concern.”

Farooq Qureshi, Farid Ahmed and the Liberal Democrat team have launched a petition against the closures. Passengers can sign online at www.ourcampaign.org.uk/ticketoffices or call 020 8556 8335 for a petition form.

Full details of the proposed changes are:

This means the ticket office will be closed for 18 hours a week less than currently.

This means the ticket office will be closed for 17 hours 45 mins a week less than currently.

This is 13 hours 30 mins a week less than currently.

This is 11 hours 15 mins a week less than currently.