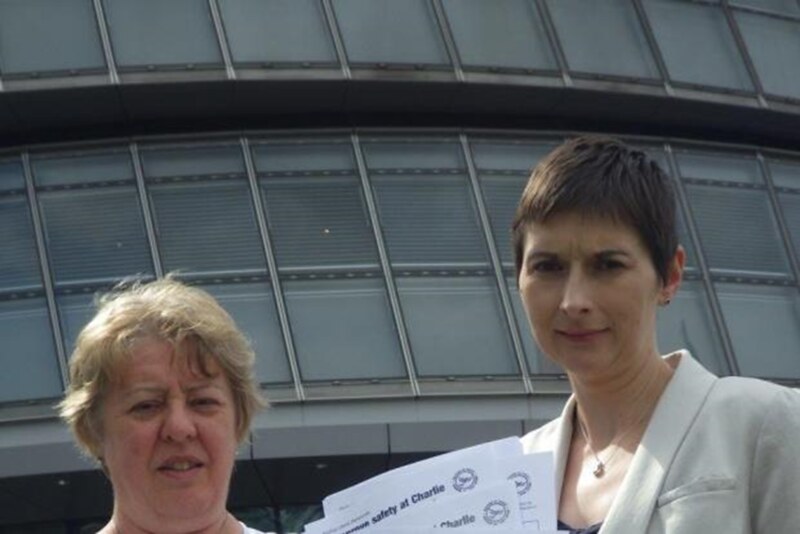 CAMPAIGNERS have submitted a petition they hope will address “critical” safety issues at one of London’s most notorious traffic hotspots.

As chairman of the London Assembly’s transport committee, Cllr Deakins is hopeful Ms Pidgeon’s input will finally mean better safety at the notorious A406/M11 junction, which has seen resident complaints for over 20 years.

The 1970s infrastructure of the junction just isn’t good enough – it can’t cope with the volume and speed of 21st century traffic.

There are accidents there all the time and every time I see a cyclist cross it fills me with complete dread.

Transport for London say they are going to do something, but when we were in the same position eight years ago, the then-Mayor Boris Johnson dropped the plans.

The petition, which has collected over 500 signatures online and by post, calls for more pedestrian and cycling crossings and possible changes in traffic signalling.

Cllr Deakins added that the planned expansion of Nightingale Primary School in Ashbourne Avenue and numerous housing estates due to be built in South Woodford as part of the Redbridge Local Plan make swift action “critically important”.

More and more kids have to use Charlie Brown’s to get to schools like Oakdale, Beal, Woodbridge and Nightingale, so no action is putting their safety at risk.

The W14 also regularly drops families and elderly people off at the junction, who if they chose not to get a connecting bus, are left to fend for themselves crossing the road.

And with all the housing developments proposed for South Woodford in the Local Plan, it’s critically important improved safety measures are implemented as soon as possible.

Redbridge Council supported Cllr Deakins’ motion to commit to improving connectivity between proposed housing developments near the roundabout as part of the its 2015-2030.

London Assembly member for Havering and Redbridge Keith Prince said he was happy to back the petition.

As Assembly Member and deputy Chairman of the Transport Committee at City Hall I am happy to take up this issue.

I use the junction on a regular basis so I know it can be a bit of a nightmare for pedestrians, and it’s not much fun for drivers and cyclists either, as it’s so hazardous.

I agree that something needs to be done.

The petition, which can be viewed online, will be formally handed to London Mayor Sadiq Khan next month.