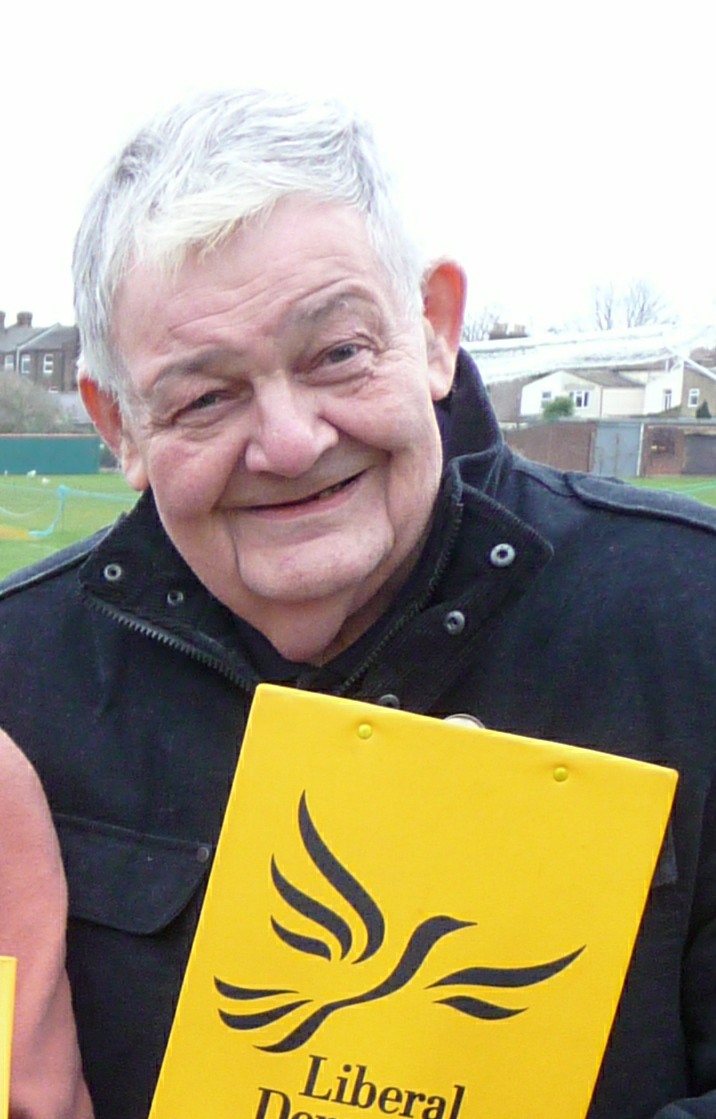 Clyde Kitson – campaigner for local people for many years

It is with great sorrow that we mourn the passing of Clyde Kitson, who lost his battle with cancer a few days ago..

Clyde was a Yorkshire man who moved to Waltham Forest over 40 years ago to pursue his career as a geography teacher. He never strayed far from education, serving as a governor of Buxton School for more than two decades.

Clyde was first elected as a Councillor for Cann Hall in 1982 and is credited with laying the foundations for the party’s future successes. He topped the polls on his first try and elected two other Liberal Councillors alongside him, turning a ward with a Labour majority of 712 into a ward with a Liberal majority of 213. An unprecedented turnaround and one which saw Cann Hall stay yellow for the next 36 years.

After serving as a Councillor for 20 years, sitting on a vast array of committees, Clyde retired from the Council in 2002. He never disengaged from local politics, serving as a governor of Buxton School and Chair of Governors for many years, he also served as Chair and Membership Officer of the local Liberal Democrats alongside a variety of other party roles. His most recent effort was to stand as a Liberal Democrat candidate in the local elections just a month ago.

Clyde’s rough northern charm and booming voice made him an instantly recognisable character at meetings, and although people might have found themselves locking horns with him on occasion he was universally respected. He was a man of great detail, often taking on tasks so monotonous they would drive anyone else to despair, and a great believer in knuckling down and getting on with the job. Because of this, he was often a driving force within the party; spurring us on to go the extra mile.

Clyde had Cann Hall in his blood and dedicated most of his time to trying to make Cann Hall a better place for the people who live there. Many residents know Clyde for his unrelenting work, and his stubbornness in not resting until a problem was solved. In ways big and small Clyde left Cann Hall a better place than he found it, and for that reason is an inspiration to all of us who want to see our communities flourish.

Clyde’s funeral has been arranged for Monday the 16th July at 2pm at the South Chapel at the City of London crematorium.