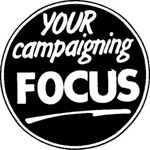 At the Council’s budget meeting Liberal Democrat councillors highlighted the Council’s spending of £130,000 on fireworks in January. This money could have kept the Library at Harrow Green open for a year.

At the meeting it was said funding of Harrow Green library is a waste of money. Labour councillors also said that they liked the

fireworks. This is astonishing given that Harrow Green library is situated in one of the most deprived areas of Waltham Forest.

Children and families in this area now see that their Council prefers half hour of fireworks rather than keeping open their library.

What do you think – should the Council spend money on fireworks or open Harrow Green Library?

Focus says: This is not all. The Council is planning to spend another million of tax payers money on fireworks and other events this year. Given the current financial situation is this the right priority?

This year the Labour council will bring an end to their free rat catching service by introducing a new charge of £25.

They are also increasing the cost of pest control in other areas, putting up the cost of dealing with mice for those on council tax benefit from £60 to £75, a 22% increase.

Lib Dems have criticised the move saying it will cause more problems than it solves.

“This is a false economy. A growing rat population affects everyone. For every person that is put off reporting rats by this new charge, rats will spread further and faster across the Borough.

“Mice are a growing problem for residents too and it can often take two or three visits before they are cleared from your home, landing you with a bill of hundreds of pounds.”

“Just like their u-turns over parking charges and the living wage last year, it wouldn’t cost Labour much to reverse these bad decisions and back the priorities of residents.”

“Lib Dems will be finding money in our alternative budget to show that the Labour council could cut charges for mice and keep the rat service free if they wanted to.”

Councillor Sullivan requested the enquiry in September and the panel has now been established by the council’s Overview and Scrutiny management committee. The panel will investigate claims that millions of pounds went unspent or were put away in the council’s balances.

Also on the panel will be Conservative Cllr John Moss and Labour Cllr Saima Mahmood.

“I’m pleased to have the opportunity to raise the difficult questions needed about the council’s Worknet programme.

“All of this £9 million should have been used to put our residents back to work but so far we don’t know how much of this money actually made it into these back to work schemes or if any of them were successful.

“The council, the contractors and cabinet members all have tough questions to answer. We need to know if these contracts were successfully delivered, if they weren’t delivered then what went wrong, and why residents didn’t know about it sooner?” 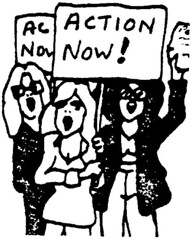 At the recent full council meeting, councillors voted in favour of a Liberal Democrat motion to introduce Selective Licensing in the Borough.

Selective licensing has recently been introduced across the whole of the neighbouring borough of Newham. Once in place the law requires that all landlords in the area are licensed and that license can then be revoked if certain conditions aren’t met.

Lib Dems want to use it to tackle rogue landlords and in particular the growth of anti-social behaviour in private rented properties, which now make up 32% of the Borough’s housing stock.

The motion called for a full consultation on proposals to introduce selective licensing in the Borough to tackle rogue landlords, although this was diluted by a Labour amendment, which instead simply referred to ‘an evaluation’.

“There is a clear need to tackle the growing problem of rogue landlords in the Borough. As we heard from Leyton resident Sharon Crossland in the council meeting, there are landlords in our borough that just aren’t playing by the rules and there is only so much that can be done at the moment without this new licensing power.”

“Many residents are suffering in properties that just aren’t up to standard and paying too much for poor housing that’s blighted by anti-social behaviour.” 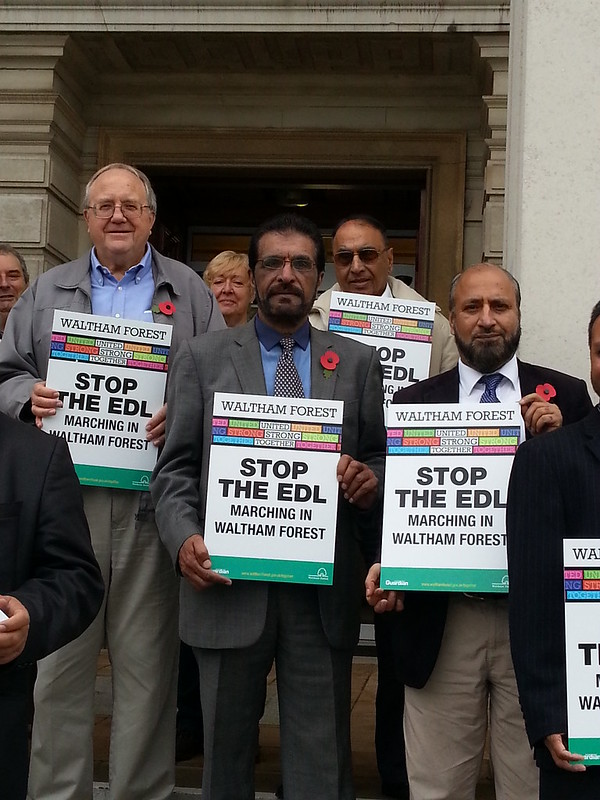 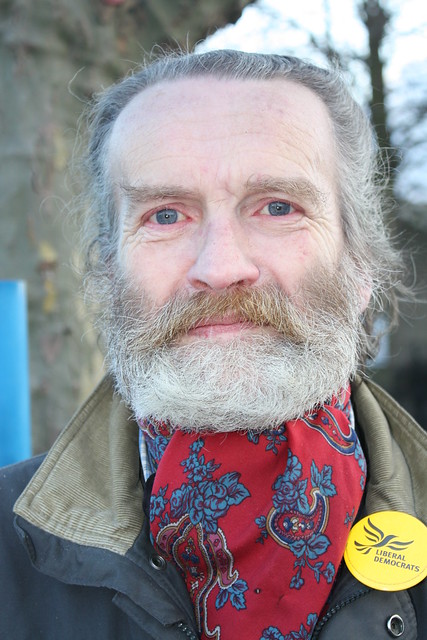 Known by very many people in Waltham Forest for his friendliness and good humour. Neal was a stalwart of the Grove Green Focus Team. He worked tirelessly in the ward for over 10 years despite not winning a seat on the Council.

He was often seen with his Focus Team colleagues delive3ring Focus, chatting to people in the streets and collecting grumbles.

His passion for education led him to be3come a Governor at Dawlish School, Chair of Governors at Jenny Hammond School and Chair of the Council’s School Appeals committee. He was also a gifted artist.

Jenny Sullivan says: There was no one quite like Neal and we are all the poorer without him. His energy and his ability to ask the difficult questions will be greatly missed by all who knew and worked with him.

The Council has decided to issue a Consultation Document asking residents in the temporary Olympic Parking Zone (G01-G10) for their views on the proposal to introduce an indefinite Controlled Parking Zone (CPZ) in their roads.

The consultation document is due to be issued on 24 September and has to be returned by 19 October.

The Council’s policy on the introduction of a CPZ is based on the views of the majority of residents, who return the questionnaire.

Whatever your views the Lib Dems stress that it is vital that the Council receives a response from every household regarding this important consultation.

When you receive the consultation document, please complete and return it without delay.

The recent failures of Worknet highlighted by Nick Tiratsoo still leave questions to be answered.

We know that £2 million was allocated for the contractor Widows and Orphans but we still don’t know what the targets and outputs were in each case or how much money the council actually paid the contractor in total.

Councillor Sullivan has now asked the Chair of the Overview and Scrutiny committee for a review into the failure of the programme and will be pressing the council for further answers over the coming weeks.

“In normal times this failure would be damning for Labour councillors but in these difficult economic times it is unforgivable.”

“The failure of this contract could even have implications across the council. We know we’ve had problems with our schools contractor and our waste contractor and taken together it starts to paint a worrying picture for council contracts as a whole.

“We clearly need a full enquiry to get to the bottom of how this happened before the council goes down this road yet again.”

On 27 July 2012, in a press release on the Council’s website, Portfolio Holder Cllr. Mark Rusling described Leyton Marketas ‘“a great opportunity for Waltham Forest to celebrate the Olympics”’, and claimed:

‘We have worked with the whole community – including local retailers – to get their support for this unique project.’

The final sentence of the press release was unequivocal:

‘Waltham Forest Council created the market to help local businesses capitalise on the extra visitors that will be flocking to the borough during the Games’ (WF News issue 71, 30 July 2012, p.7).

“The Chief Executive of North London Business has already resigned over this, so traders are right to expect some compensation.”

“Cllr Rusling was eager to take credit for the market before the Olympics and he and this Labour council must now take their share of the blame.

“Clearly at some point in this saga one part of the council didn’t know what another part was doing.

“I asked the council weeks ago whether they will be giving out compensation to the traders and they have refused, putting the blame squarely with North London Business.”

“As a board member of North London Business, Cllr Akram is also in a unique position to influence this decision. I think most local residents would expect him and Cllr Rusling to be considering their respective positions.”

“At the very least councillors and Cabinet members should be putting pressure on North London Business and Skateco UK Ltd to reimburse some or all of the money to the traders who were sold promises of customers that never arrived.”